As Meghraj walked on to stage confidently to tell his story, the audience watched, and then listened mesmerized. If his story of moving from doing casual physical labour across India to working in a BPO for a major IT company was captivating in itself, the fact that he told the story in fluent English gave it the romantic touch of Eliza Doolittle. How did this transformation of a primary school dropout to an IT services professional happen? That’s the story of Head Held High (HHH). 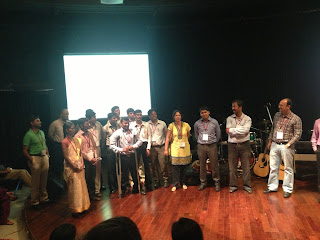 Henry Higgins was able to transform one flower girl into a high society English woman. In keeping with the times, and the challenges we face today, HHH has much more audacious goals. In the next decade, the organization hopes to take 2 million Indians out of poverty.
Inspired by an Interesting Medley of Thinkers 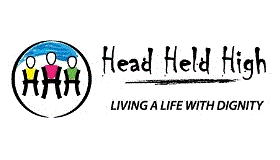 HHH is inspired by an unorthodox yet attractive mix of thinkers. Their first source of inspiration is, of course, Mahatma Gandhi. The Mahatma’s great grandson, Tushar Gandhi, is on the board of HHH, and he gave an inspiring talk at the HHH event I attended a week ago. Drawing on stories from Gandhiji’s life, Tusharji emphasized the importance of humility (learn from others rather than thinking you have something to teach them), action (based on the fascinating story of the Dandi Salt March, and how it was first opposed by Motilal Nehru and others), and a spirit of service (“we are privileged to have the opportunity to serve”).
HHH’s second inspiration (maybe I should call it the first?) is Rabindranath Tagore. His moving poem, “Where the mind is without fear” remains one of the few that I remember from my school days. HHH’s name comes from the first line of this poem, and signifies the mission of the organization to help every Indian live with dignity. I can’t think of a better way of putting it.
HHH’s third inspiration is our former president, APJ Abdul Kalam. One of Mr. Kalam’s favourite projects has been PURA, providing urban amenities in rural areas. The PURA philosophy seeks to prevent large scale migration to urban centres, and to allow people to live closer to their roots. That’s undoubtedly difficult to achieve, and goes counter to the way today’s developed nations evolved, but offers an alternate, and attractive model of development. HHH hopes to create a network of globally-connected rural ecosystems in line with the PURA philosophy.
A management guru completes the quartet. During his three-decade professional career, CK Prahalad covered amazing ground from strategic intent to core competence to the idea he is best known for today – the fortune at the bottom of the pyramid. Though CK’s first formulation of this idea focused on the poor as consumers, after some robust criticism by Aneel Karnani and others he broadened its scope to include the poor as key economic actors. It is this latter notion that is strongly embedded in the HHH model.
The HHH Model 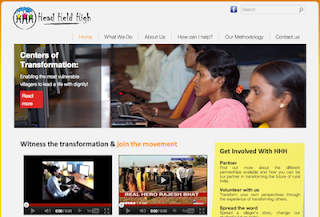 At the core of HHH, is a powerful training engine. HHH has developed intensive training methods that allows them to transform non English-speaking, school dropouts from rural backgrounds into qualified and confident English-speaking individuals who can join the global workforce. The training is completed in a residential boot camp at a district headquarters town. It’s a tough course – long days, and very little time off - but the outcome is undeniably good.
But HHH’s goal is not to send more people from rural India into our crowded cities. Instead, it seeks to find them good jobs close to home. HHH has worked closely with rural BPO service provider partners to find jobs for the people it trains. But HHH soon came up against a major challenge – rural BPO accounts for less than 1% of those employed in the BPO industry. Large corporations are uneasy about using rural BPO services fearing difficulties in control and oversight, and hence quality control. HHH has worked on some technological solutions to this problem including android platform based dashboards that allow the client to monitor key output and quality parameters in real time. This has helped ease client concerns.
The Bigger Picture
Of course, BPOs can’t be the only solution to the challenge of creating rural jobs. HHH understands that there need to be many other employment opportunities created. One opportunity has already been discovered in doing rural market surveys. Helping FMCG and other companies penetrate beyond the block level through last mile rural distribution is another possibility. But, creating all these opportunities can’t be a centralized process.

Another prong of HHH’s efforts is therefore to train rural entrepreneurs. If organizations like TiE can catalyse entrepreneurship in urban India, can’t something similar be done in rural India? HHH held an entrepreneurship workshop in Gadag last year – I saw the picture of a packed hall – and hopes to train high potential entrepreneurs from rural India (some of HHH’s top management, including CEO Madan Padaki come from an assessment background; this should help them identify these people!). But I was a little worried that I didn’t see a single woman either on the dais or among the participants in that Gadag event.
Ultimately, HHH plans to be the catalyst of rural ecosystems that generate jobs, sales and rural wealth. In a globalized world, these rural ecosystems will be connected to each other, and to bigger ecosystems elsewhere.  This will be the modern version of Gandhiji’s village economy, consistent with many of his principles, but aligned with the contemporary world.
HHH’s journey so far includes innovation in training methods and technology. It is likely that many more innovations will be required to make their dream come true. I will be watching them in anticipation…
Diposting oleh akew di 08.41